Low Back Pain Stories of Success with Lumbarest Back Stretching Treatment

Another story is of the patient who could not turn her head, and every time she did, she passed out totally. She was a patient of a very good doctor of orthopedics; he refused to operate because it was too dangerous and referred her to traction mat therapy. It was recommended that she exercise on the Lumbarest mat 3–4 times per day while sleeping on the orthopedic mattress Detensor. After six weeks, she took up driving and working again. A second MRI was done after 12 months, and you see the result. Whenever I show the MRI, neurologists claim it is a turkey, because a prolapse and a sequester cannot just disappear. The patient knows better.

Patient S. T., who suffered from low back pain for a long time, went through many doctors. He is a businessman, travelling year-round all over the globe. The first time he attempted to treat it with a traction mat, Lumbarest, he could not walk, because he had a broken disc. As mentioned, before he had consulted the number one surgeon, he suggested trying traction therapy as it is the only one way to help without surgery.

Treatment therapy with Lumbarest mat provides amazing results. Now he takes the mat with him when he is out of the house travelling for daily procedures. In the first image you can see a 9 mm prolapse disc. Today he has been free of pain for years.

The success story of low back pain relief, by M. W.

He lives in Lech, a well-known alpine city 80 miles west of Innsbruck, Austria. He went to the University of Innsbruck medical center to be examined for severe low back pain. The doctors of this medical center, after examination and tomography, reported to him that he must undergo surgery immediately and he cannot even drive home.

But he had information about the traction method of treatment and the clinic of Dr. Kienlein, the author of this therapy. By the way, this clinic was only 12 miles away. He called and asked if they could take him. Upon arrival, he discussed possible treatment options and decided that surgery was the last option. And first, you need to try traction therapy on a back stretching mat.

M. W. came twice a week for back traction treatment, along with bio-resonance therapy. After 6 weeks, he went golfing. After 5 months in the winter, he was skiing. He has been free of pain since then. Can you believe it or not, but 19 mm of prolapse is gone.

See the MRI images, the 2nd one was done after 5 months of therapy.

A 14-year-old girl with 38° traumatic scoliosis that is the result of a sudden mistake made during delivery. Her scoliosis had a significant effect on respiratory function, and she has suffered of asthma since the age of 1 year. A girl has spent 4 to 5 times at the hospital every year. The girl grew up with a disability and her mother was told that she was unlikely to live long.

Her doctor read in a medical journal about the method of gentle spinal traction on the Lumbarest therapy mat and suggested that she try it. After three weeks of regular procedures, the results were evident. The scoliosis became 28° and the thickness of discs improved. She grew 4 cm. Today she is practically healthy, free of asthma, married and leads a normal life.

See X-Ray images below before and after the scoliosis treatment.

Can you believe my back is painless now

Approved by Doctors, Loved by Patients!

Conclusions and recommendations of medical professionals 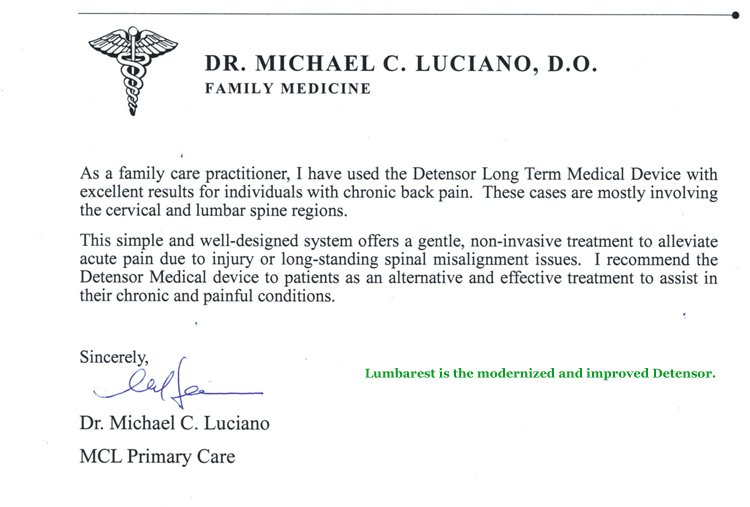 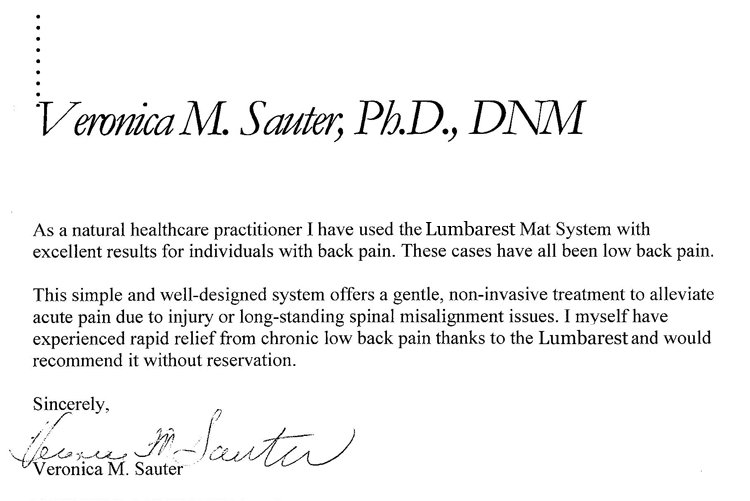